Happy Friday!!  My week is finally turning the corner and I'm getting back on track with my regular workouts and life in general.  I had a ton of fun battling a nasty upper respiratory infection that basically had me looking like this for over ten days... 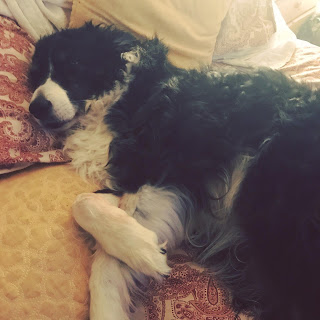 I keep seeing this scenario play out over and over again on social media, blogs, and it even bleeds in to personal conversations.  Here is the gist of it, if you support acceptance of everyone, you must practice acceptance of everyone.  This doesn’t mean you agree, or would actively pursue whatever action someone takes, it just means you respect their decision to make those choices for themselves. Lately there has been this tendency to throw some serious shade at women that have different interests, body types or outlook than the speaker does.

The latest example is an acquaintance recently had some very strong feelings and reactions to Kim Kardashian posting pictures of her breasts heavily taped up to give them best form for photos.   There was a very strong negative reaction to this, as it was thought to promote a poor body image to women and girls.  And that by taping up and changing what was completely natural Kim K was promoting something that wasn’t a “true” or “real” body.  And that she should be ok with showing her “Mom Bod” the way it really appears, sans tape or any other artifice.

Except that it isn’t what Kim K wants to do.  Full stop, end of sentence. Now I’m saying this based on her actions not any in depth conversations with her.   Taping up breasts is nothing new, any woman with large breasts, or breasts and fashion, knows about this trick.  And yes, she used a large amount of tape but come on girls, nothing that large is that perky naturally (at least not for long).  And isn’t it more to the point that Kim was being perfectly open about what it took to create that look?  Growing up these discussions never publicly happened.  There was a time and place that all health and beauty rituals happened deep behind closed doors.  Both in The Marvelous Mrs. Maisel, and in Frankie and Grace the main characters wake up before the men in their bed to “fix” their faces before their respective men can see what the woman they had slept with looked like first thing in the morning, sans makeup or any beauty products.   So to have someone bring transparency on what it takes to create those flawless selfies is a very big step in the right direction in my honest opinion.  Whether or not I want to do it to my body is, frankly irrelevant.

I also watched a well-known social media influencer whose sole platform is to promote women in sport of all shapes and sizes make dismissing and demeaning comments about a woman who was walking down the street during New York’s fashion week.  It was posted to her stories on Instagram.  And maybe her comment wasn’t meant to be negative or maybe she was having a bad day, but it sure came off that way and if you are demanding acceptance and accountability when people judge you, shouldn’t you promote the same even if you don’t have the same interests? It really put me off her, and some associations that she has have made similar remarks regarding women in heels and dresses.  I no longer follow her accounts.  To be clear, I don’t think she is bad person.  I think she falls in the
trap of letting her insecurity speak for her and that takes a lot of work to become aware and turn that voice on low.

I’m not here to defend Kim Kardashian or to shame the woman on Instagram.   My point really lies in
the fact if you promote inclusiveness, and acceptance of all women, you mean ALL women.  Whatever you choose to do be ok with it, and accept others for what they choose to do and promote that stance.  If a women wears a face full of make up to a workout, good for her!  If someone shows up in a sweaty ponytail and no makeup, good for her!   Don’t assume because someone is wearing high heels and skirt that she is a slave to some sort of male driven fantasy or way of thinking.   Equally don’t assume a woman in athletic ware doesn’t care how she presents herself to the world. Or
anywhere in between, and of course I have some pretty strong feelings about certain looks.  But then I don’t wear those looks, I don’t admonish other women for making that choice.

Take care of yourself and let others be who they want to be.   It’s amazing how many of the slights
perceived, real or otherwise, can be let go of when you practice this concept.
at June 15, 2018 No comments:

As most runners were flying to the East last weekend, I was flying in the opposite direction to run the San Diego Beach and Bay Half Marathon.    And I have to say it was a great decision.   One of my best friends brought up the possibility of this race a few months back, and for Christmas my parents had given me the perfect gift of plane tickets to fly to Arizona to visit her and her family.  So we decided to sign up and take a short hop from Arizona to San Diego, California.


I flew into Phoenix last Wednesday, and promptly left the dreary, wet and forty degree weather of the Mid-Atlantic way behind. I stepped out of the airport, and into 90 degree weather of the desert.  And for this warm weather loving girl, it was glorious.   Thursday morning I popped up bright and early on East Coast time, but didn’t get out of the house until a few hours later for a five and half mile run, it was 80 degrees and it is one of my favorite ways of exploring a new city.

The rest of the day was spent soaking in the sun, relaxing and reading.  By the way, the Honey Stinger bottle is filled with Nuun’s new immunity line, and not one sniffle from flying.  Spoiler alert, I did not drink it on the way home and guess what?  Last night I was sneezing and had a sore throat.


Friday was another travel day, so an early four mile walk and a quick jump on a plane and a weekend in San Diego was in front of us.  We stayed in a really cute Airbnb that over looked Mission Bay with a deck that was as large as the apartment itself.

We quickly ran over to Road Runner Sports and picked up our race packets.   The parking lot was a little crazy, as they had limited parking, but picking up our packets was ultimately smooth sailing.  The store also gave a good discount, but unfortunately the line was super long and we decided to just grab food and get home as we had an early wakeup call and a pretty impressive sunset to catch.


Since we were staying two miles from the race, we headed out at 5:30 am Saturday morning and went a bit of a longer route around and pulled right into the well manned parking lot.   Race start was at 6:30am and although we didn’t cross the line until 6:50 am, due to an unknown wave start which was a good decision on the race director’s part and kept the course from ever jamming up.    With the exception of the first mile, the race was entirely along the water either the paths along Mission Bay or the promenade along the Pacific.


Support along the course was fantastic.  Water stops every 2 miles at first and then every mile on the second half of the course.  Also on the second half of the course there was an ice water and cold towel stop.   The only criticism I had was the last water stop only had coconut water, sorry for those of you that love it, but I can’t stand the stuff and I had wished they had coconut and regular water.   But that was completely a personal preference.  There were police or volunteers at every crossing that allowed us to sail through the navigation of any traffic.


At the end of 13.1 miles you finished in a coral where medical was immediately available for those who needed it, and you picked up your medal and a giant blue swag bag.   Ok guys, the swag bag was full of really cool stuff from sunscreen, bars, granola, honey and full sized coconut water, however it turned everything it touched blue.  Hands, clothes, hats and we were afraid to put it in our rental car in case it stained the seats.   The blue did not even come out of my hat after it was washed.


We walked back to the car, and easily drove back to our Airbnb rental, and I’ve never been as thankful to the San Diego weather as I napped under the shade of sail cloth before chomping down on an amazing burger at a local open air restaurant called Luce Bar & Kitchen on Morena Blvd.

Sunday dawned bright and beautiful and headed up to La Jolla to grab brunch at the Sugar and Scribe Bakery.  The food was as good as the restaurant’s name sounds.   I could have spent all day on their porch drinking coffee from a local San Diego roaster, Dark Horse.


The rest of the weekend was spent roaming around La Jolla along the beach and in town taking in the weather and sights.   I always forget how stunning the coast is here, and how surprising it is when a seal steals up behind you.   I also checked out the National Geographic Gallery and Legends Gallery which if you grew up on Dr. Seuss, is a must.